SOME EXTRA MILES TO GO BEFORE I SLEEP 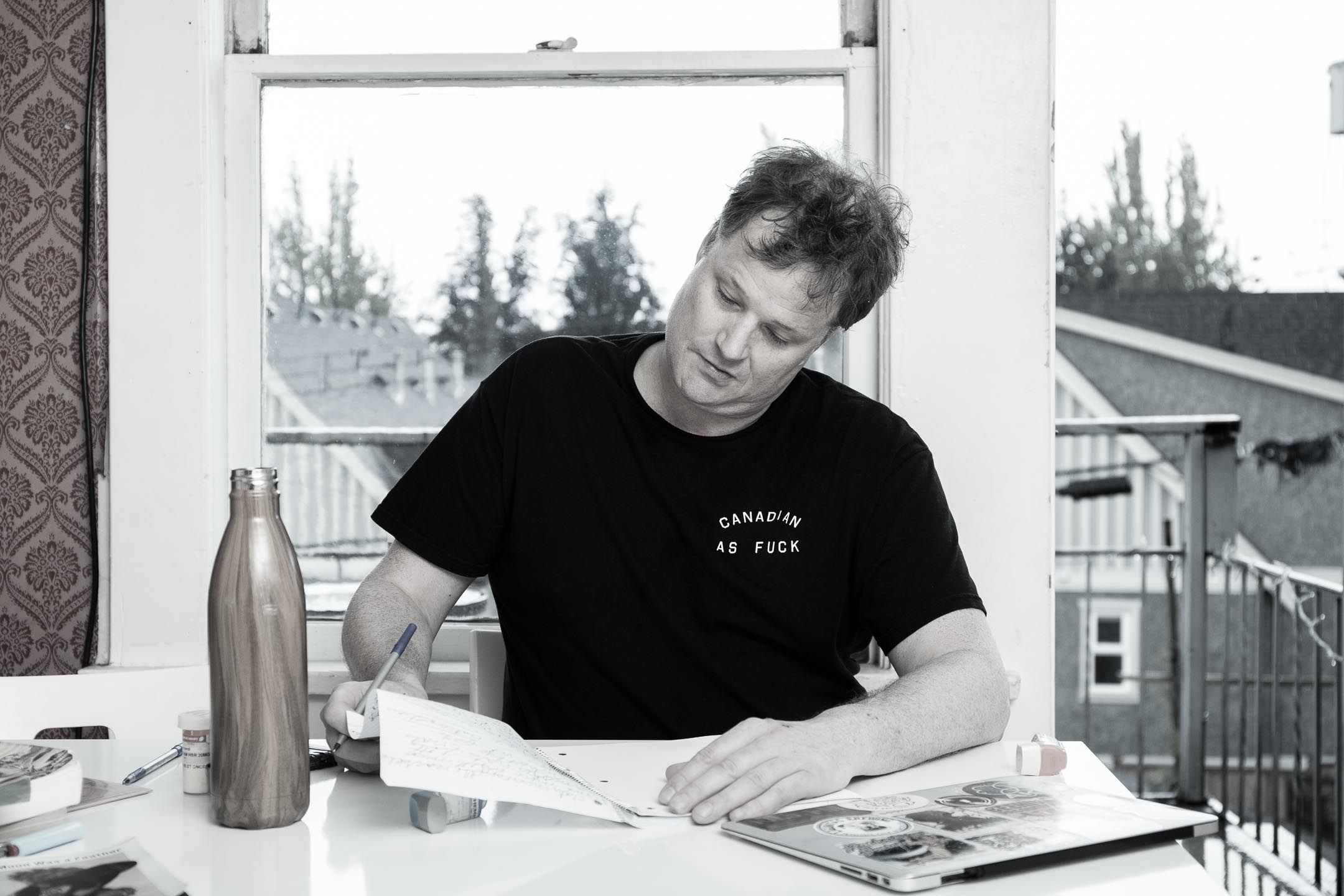 You might’ve noticed that I’m willing to go some extra distance for what I do. Not just with what you’re holding in your hands, but at every step. If a song proves resistant in the studio, if we’re not feeling the direction we’ve taken, despite the time and money that’s been spent, I’ll go back, and begin again. This is my gift, and my curse. I’ll put a thousand bucks into a song and then, later on, make it walk the plank. It happens. It’s just not the usual practice in the Small Time, where money and deadlines are tight. Hey, we’re all in the same boat. None of us can afford to make records, and to make a good one is expensive. It costs to record, to mix, to master; to book your studio time, pay your producer, your engineer, your players. It costs to bring them back, if that’s called for. You don’t want to spend more than you have to, but sometimes it’s part of the job.

Furthermore, it’s extravagant to make a book, to print it, and ship it to where it needs to be. It may feel excessive to pay to publicize, promote, and put it out there, but to honour the time, money, and energy you’ve expended––well, as Scott Cook says, “You know I didn’t come this far not to go all the way.” And don’t get me wrong. It’s a lot of work, but it’s work that’s fun to do, and most of the time, it’s rewarding as all heck. But to finally have a record that’ll stand the test of time requires no small amount of potatoes. As a previous example, my album Hobo Jungle Fever Dreams cost $60,000.00 to make. All in, all told, top to bottom. Dirty Mansions will be similar, but you know what? It’s worth it. I wouldn’t take back a penny. I’ll listen to Dirty Mansions on my deathbed and go out grinning. Of course, none of this touches on the thousands of hours, the years it takes to write the songs, or to learn how to play them, or the never-ending grind of “writering,” as opposed to “writing,” by which I mean the mountain of administrative work that stands between me and my having a career.

Which, for me, raises the question: “What’s it worth?” What’s the figure we can put on the music that heals our souls? What’s the empirical value for the work that’s brought us these songs? Can it even be tabulated? Could I ever remunerate Tom Waits, or Leonard Cohen, or any of my friends, for that matter, for what they’ve given me? I certainly bought Tom Waits and Leonard Cohen records when they were for sale, and paid, multiple times, to see them, but even so. The five times I saw Leonard Cohen in concert, we applauded like every single song was his final encore. We couldn’t clap hard, or long enough, because we weren’t applauding only the momentary performance of that song––we were applauding for everything that song had ever meant to us, over a lifetime. Perhaps the nominal amount we spend on that ticket is an inadequate way to express this gratitude, but a way nonetheless. Perhaps there can never be a price on what Leonard Cohen’s music means to us. Maybe it’s this exchange of our money for his lifelong dedication to music that provides us the rare opportunity to turn our money into love.

As a working songwriter, I need to find a way to let people know I have albums for sale––or steins, t-shirts, what have you. I’m an entertainer, so I’m expected to make jokes, and keep it light. When I say, “This is your chance to turn your money into pure love,” people laugh, because “Hahaha, listen to the funny man asking us to buy something! He’s so funny!” When I describe this alchemy of money into love, it’s not a gag. We’re just not socialized to think about money this way, but given the current consumer climate, I deserve as much as any working stiff to say something about the money I earn. Do you remember a little thing I like to call “The Great Canadian Tire Money Caper”? Remember how much joy was yielded by each, single paper nickel? How extraordinary was that? What a beautiful, living example of our reciprocity! What a revelation of value. Because, of course, each of us needs more than a single nickel made of paper, to keep our engines turning. This isn’t about the money, and of course, it’s about the money. Because I need the money, like everybody does––and yet, at the same time, it’s not the money I really need. This is the paradox of what I do. So where does it bring us?

Perhaps, on a smaller scale, our relationship as audience and artist, works something like this: I’ll agree to give you everything I have. I’ll invest it all, go all in. The whole kaboodle. For reasons which are not money reasons. Reasons which, at first, aren’t even aware of money. Motivations that would be impossible for our present Premier of Ontario, or for the current President of the United States to understand. Because they aren’t profit reasons. This exchange between us, this “Economy of Generosity,” isn’t about anyone getting richer––at least not in any way that capitalism would approve. In fact, it’s about us being allowed to forget the money. Let’s face it. This is the beautiful irony of how this weird job works: You will never be able to pay me for what I give to you. But the money you do give me has value beyond its denomination, beyond the banker’s eye. This deal of ours will never be successfully added up on any abacus, or personal computer. Do you see what I’m getting at? This is how we turn our money into love.

(Excerpted from the upcoming Dirty Mansions book. To get involved, CLICK HERE and slide on over to my Dirty Emporium...)